How Do I Calculate My Real GPA? 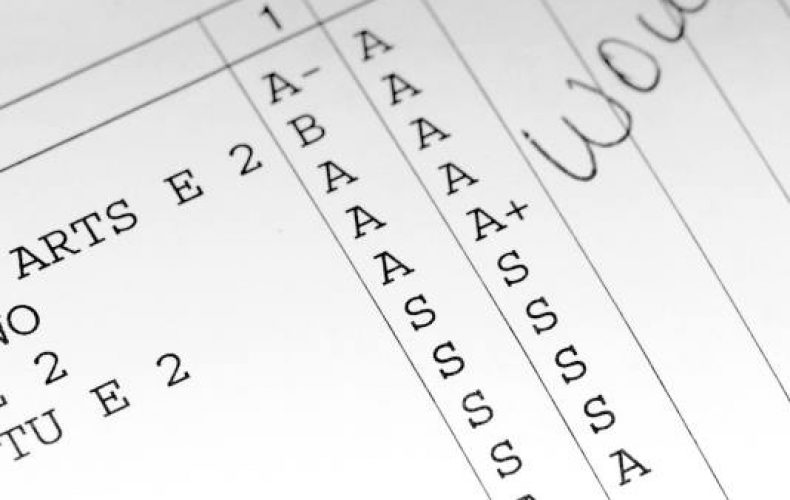 Calculating your real GPA can be tough.  Everyone knows the importance of a high school student’s grade point average, or GPA. It’s the little number that labels us. It signifies whether we are a geek or slacker, or somewhere in between. The GPA is usually either a point of great pride or great shame. Those students who are proud of their GPA practically have it tattooed on their foreheads, while others skulk about in fear that someone might discover what ignoramuses they truly are.

In college admission, it serves as a critical litmus tests: how good a student is this person, and will he or she succeed at this college.

No matter how you cut it, the GPA is a source of anxiety and tension for just about everyone.

But let’s be philosophical for a minute. One’s GPA is not a measure of one’s worth as a human being. It is not even a measure of one’s intelligence. Rather, it is the gauge of a young person’s ability to play the game of school. Some tremendously intelligent students completely blow off school (I have several clients of this variety), while some less intelligent students are able, through sheer doggedness and determination, to achieve relatively high GPAs (there are fewer of these, I find).

Calculating Your Real GPA for College

Calculating one’s GPA is a fairly straightforward process. Except for the fact that many high schools report “weighted” and “unweighted” grade point averages. In a previous post, I detail the differences between a weighted and unweighted GPA. Basically, a weighted GPA takes into account the difficulty of the courses a student is taking, and those who take harder courses are rewarded with extra “brownie points” in their GPA. Usually colleges strip these brownie points from an applicant’s GPA in order to fairly compare one student against another.

But merely stripping away the brownie points is not enough to uncover your real GPA, because in today’s comprehensive high schools, we give grades for just about every class a student takes, including:

These courses help pad a high school student’s schedule. But they do not constitute the academic core of high school. Grades in these courses do provide a measure of success (I actually have a client who received an “F” as a student aide–I’m hoping that was a clerical error!). But these grades are not counted as a measure of a student’s academic abilities.

Therefore, to calculate a student’s core GPA, we have to remove the fluff. We have to calculate the GPA based solely on the five academic solids that constitute a high school student’s performance:

The core GPA is your “real” GPA: this is the measure of your academic performance in high school. (Again, it’s not a measure of self-worth.) Unless students come to me with a transcript with nothing but grades of A, most students are disappointed to see their 3.0 cumulative, weighed GPA fall to a more embarrassing 2.3 or lower. Those gym classes and band classes are not only fun, but they artificially prop up one’s GPA.

And colleges know it. So those with relatively selective admissions processes will strip the fluff right out of the GPA in order to get down to brass tacks: how well does this particular student perform in academic work?

So, while I hate to be the bearer of bad news, I encourage students from middle school onward to be aware of their “real” GPA as they go through school, and to not be blinded by the number on the grade report. They need to be aware that some courses, whether required (health, gym) or not (jazz band, sports conditioning) may artificially inflate their cumulative GPA, and may lead to academic complacency.

The lesson: don’t let yourself be deluded by the numbers on the page. College admissions officers, who must compare one student against another in deciding whom to admit, will strip your GPA of all non-academic fluff. Don’t wait until the fall of your senior year to come to the realization that your GPA may be artificially inflated.

Strip Your GPA and Reveal the Naked Truth

So throw off the rose-colored classes, strip your GPA of all artificial weighting, and strike out all those A grades you received in those electives you love. Ultimately, your “real” GPA is what colleges will consider most carefully.

Now with that out of the way, let’s look at the nuts and bolts of the GPA calculation for students who have letter grades.  For each grade in an academic course, assign the following number values to each grade.  Then simply divide the sum of these numbers by the number of courses (a simply average). This will be how we calculate your “Real” GPA.

That’s how you calculate your real GPA!

Also, you may want to get an idea of how to translate percentages into the numerical grade point average.