Educational Consultant on Study Abroad: Get Your Money’s Worth 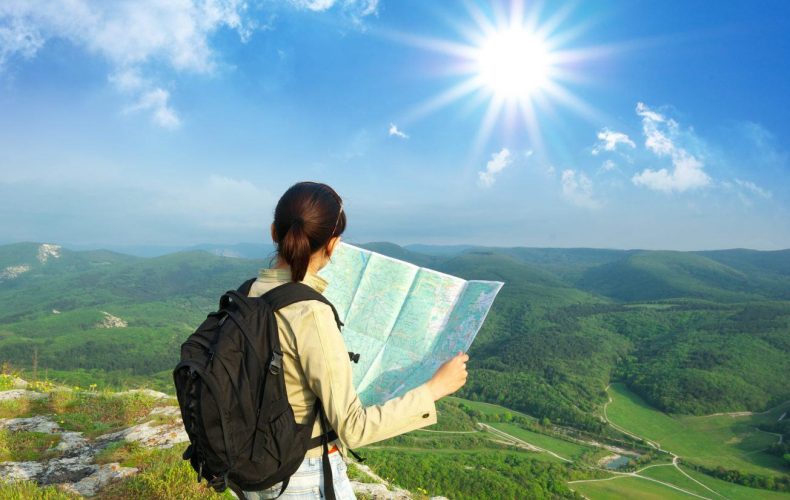 Expert educational consultant Mark Montgomery talks about study abroad programs: make sure you’re getting an experience that will expand your mind and not just a quick vacation.

I love study abroad. It is a very important part of my life. When I was 20 years old, I went to France when I was a college sophomore. I lived with a family. They took great care of me. They became very close, and I have been in touch with them ever since. And recently I went back to France. I was able to connect with them. I stayed with them for several days, hung out, drank some good wine and had a great time. It was fantastic.

So study abroad was important to me. It was not only fun, but I also went on to improve my French. I went back to France, lived in Grenoble, was a teacher there. And became a high school teacher of French for a while. It was an enormously important part of my life. So when students come to me and say they want study abroad as part of their criteria for choosing a college, I’m all over it. I’m totally into it, I love that idea.

However, not all study abroad is great. In the most recent Chronicle of Higher Education, April 17, 2015, came out with an article, “Study Abroad Could Be So Much Better.” And you know, it could. And aside from the reasons that this article states, which I think are really great, I’m going to give you three of my own that are important, especially when you’re choosing a college.

The first thing to remember, though, before getting into these reasons, is that as with so much else with higher education, money is a driver. The fact is that study abroad really isn’t that expensive, as it turns out. But colleges that do charge a lot of money can take your tuition dollars, and then they turn around and pay a foreign university or a private company that is providing study abroad services and organizing these programs. They buy that for much less than the money they’re taking in from your tuition. So the difference between what they pay and what their taking from you is profit.

So just be careful of that as you’re looking at study abroad programs and remind yourself that it’s not all just academic rigor and academic helping you to expand your mind. The university has an interest in you going abroad because they make some money off of you.

But the three things I want to talk about start with academics. I like programs that are faculty-driven and that have faculty oversight at the university. I think it’s very important that the study abroad not be isolated in some random office somewhere on the campus as a profit center for the university. But it is more important that those study abroad programs be integrated into the majors, into the academic program, and that faculty members actually be involved in creating and evaluating these programs as they go along. So be on the lookout for programs that do send their own faculty from the university that you plan to attend to the foreign with you. I think those programs can be much more academically rigorous.

And speaking of rigorous for the program, I think it’s important to look at the courses that you actually would be taking with the study abroad program. If you’re studying at a university in another country, it could be great, but often, even those universities will designate courses for the foreigners that you can take, that they do cheaply, that perhaps aren’t even full-time faculty members at that foreign university that you will attend.

I want to look for a course that is not just an introduction to Australian culture. I want to look for something that is related to the major. Related to what you’re studying, that has a little bit more academic depth to it. Like the ones that you would take on your own campus. At least as rigorous as those.

Look at the Length

The third thing I recommend when I’m talking to students is to look for programs that have enough length. The trend is to shorten the length of time that students are studying abroad. And you’ll find interterm programs. And Spring Break programs that are only a week long, that will give students quite a bit of academic credit at the university. But one week of studying in Austria is really not going to give you much insight into Austrian culture, Austrian life. You’re going to be looking at it as a tourist, from a tourist’s perspective, generally.

There are some exceptions to that, Colorado College for example; they have their block system, three and a half weeks, that’s one full course for them. So some of their blocks are overseas or portions of their blocks may be overseas as a component of an entire course. So there are some exceptions to the rule of length, but I really recommend that if you’re going to really learn something abroad, not just be abroad and study abroad, but actually learn something about the place where you’re going, you need to spend more time there. 10 weeks, 15 weeks, a semester at least, sometimes a year, that would be great. But that’s, of course, much more of a commitment.

Finally, because I began my study abroad by language learning, I do want to say that you don’t necessarily have to do language learning. Especially at the lower levels of the language, the more basic fundamentals of the language. You can learn those much more efficiently by studying abroad on your own. Perhaps enrolling in a foreign university in one of their foreign language programs. Or going to a language center in another country where you would live with a host family. And you would study four or five hours a day at least, and really immerse yourself in that language and that culture.

If you’re interested in that, look at the National Registration Center for Study Abroad, that’s NRCSA.org, they vet some programs all around the world. If you want to learn Polish, you want a private tutor in Polish, you can get that. It’s so much cheaper than paying full tuition at an American university and then having the university spin around and make some profit on you. Use that money and expand the time and the experience that you would have in that foreign country. Use that money more wisely. You may even be able to transfer the credits back to your home university depending on how you plan it.