Grades, Your GPA, Education, and Learning: How Do We Compare Apples to Apples? 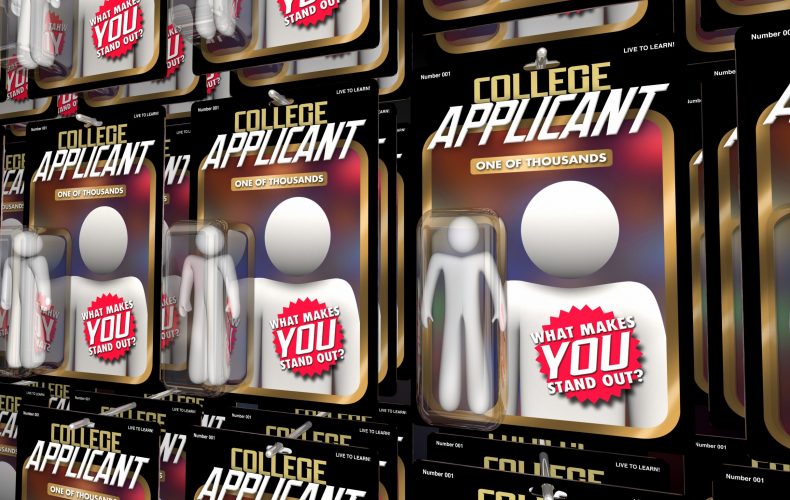 Today a reader wrote in to ask a question about comparing grading system between two different geometry classes in California.

Picture this. Two geometry teachers in the same school.  Each uses a different grading scale.  In one class, you need an average of 90% to get an A, while another requires a 94%.  My reader’s daughter struggles in her geometry class, and has a 70% average.  In her class with the tough grader, a 70% is a D.  In the class next door, her 70% would be a C-

“Unfair!” cries my reader.  Shouldn’t there be a law against such discrepancies?

I haven’t looked up the California laws or the district policies in question.  But with my two decades as a high school teacher, professor, and teacher of teachers while I was at the University of Denver, I can tell that these discrepancies are all too common.

I  made two points in my response to my reader’s question.

First, grading is not a science.  Ever.  Never has been.  Never will be.  So while you’re looking at a difference between a 70% and 73%, my question is—70% of what?  Of course, the answer is, “70% of points possible.”  But what does the “points possible” have to do with the amount of geometry learned?  The dirty little secret is that while all teachers (myself included) try to establish a fair, scientific, transparent grading scale, the fact is we mess with the numbers all the time.  Or, if we don’t, we are just deluding ourselves about the unscientific nature of the grading process.

Second, the standards movement is a step toward standardizing learning expectations across the nation.  No Child Left Behind (NCLB) is very controversial, but for those who want to be able to compare apples to apples, it’s at least an attempt to be able to measure learning across schools–and perhaps eventually from one classroom to the other.  Some schools and districts are trying to implement “standards-based report cards” that clearly define the learning outcomes required, and then measure a student’s performance (with a grade) based on whether they have mastered the concepts and skills.

An awful lot of people oppose these attempts at standardization as an intellectual straight jacket that ignores the fact that all students are different, and that teachers need lots of leeway in how they teach these diverse students.

No matter whether you’re for or against the standards movement, a full implementation of a standards-based education would cause a revolution in America’s high schools.

Think about that 70% that my reader’s daughter is getting in chemistry.  Chances are she does her homework.  Perhaps homework counts as 50% of her overall course grade.  Let’s assume that she also gets a “participation grade” linked to attendance:  she gets points for just showing up.  But if she fails the tests, she can still pass the course–even if she hasn’t learned one darned thing in chemistry.

If students were suddenly graded solely on whether they learned something–and whether they could demonstrate those new skills and new bits of knowledge on a standards-based performance assessment, more kids would fail out of high school than is the case right now.   However, kids would understand that school is not just about showing up–it’s about learning.  And teachers would be held more accountable to  how well they were able to ensure their students learned  what was required on the assessments.  What a different world it would be.  But at least that 70% my reader’s daughter received in chemistry would really mean something.

[Also it’s interesting to remember that in college, students generally get no points for homework or for just showing up.  They have to perform on tests and on term papers and in labs.  It’s quite common–more common than we’d like to admit–for college students to never attend a single lecture and still pass the exam.  Even I did this:  when pursuing my teaching degree in French, I told the professor straight up that I would not be coming to class–that I would be taking the final only.  The teacher was fine with that:  I got an A in every one of the three classes I took from her–and I never spent a minute in her classroom.  All she (or I) cared about was whether I could speak and write the language.]

The fact is, we cannot compare apples to apples in our high schools.  Offices of admission at colleges and universities try their best to make sense of this, and they are actually  pretty good at making decent comparisons, in part because most of them try to get to know the schools and districts from which their applicants come.  They know that a 70% in chemistry from Philips Andover does not mean the same thing as a 70% from an inner city high school in Baltimore.  And while they try their best, the admissions business is more art than science.

But if you’re looking for “fairness” in American education, or if you believe that we can somehow compare apples to apples across classrooms, across schools, across districts, across states…well, dream on. Fifty states and 14,000 school districts?  We have apples…and kumquats…and endive…and radishes…and tater tots.

In the meantime, all we can say the 70% our chemistry student has received is an impressionistic measure of how well she stacks up against her peers in the same geometry class.  No  matter what numbers the different teachers in this young woman’s school are using, if they use different tests, assign different homework, and teach differently, there is absolutely no way to ascertain whether she would be getting a C or a D under a different numerical grading system.

All this said, I did tell my reader that I thought she might be better of to focus more on her daughter’s learning and less on the perceived iniquities of grading systems.   Whether a 70% counts as a C or a D, this chemistry student seems to be learning a lot less than the students with a 95%.    How could she be learning more?

And in fairness, my reader wrote in again to say that she agrees with this focus on learning.  It’s just that she finds the system is so frustrating.  And she’s right.  It is frustrating.

I wish more parents would take their frustrations to their elected school boards and demand greater standardization of grading, harmonization of curriculum, and teacher accountability.  I’m glad that people are writing to me to ask questions.  But perhaps we could channel that collective frustration and bring about some much needed change?