The Demise of the SAT2 Subject Tests: Good News or Bad News for College Admission? 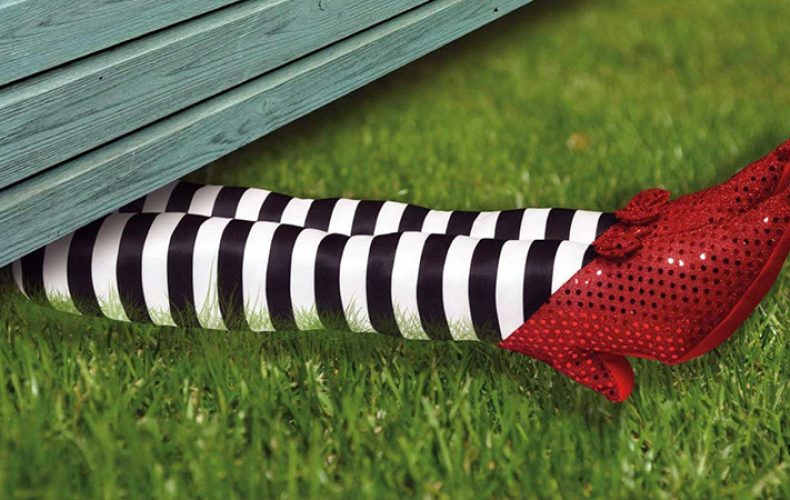 This week there was a general outcry of “huzzah” and “hallelujah” in College Admissions Land.  The College Board announced yesterday that the SAT2 Subject Tests would be eliminated.

As the Munchkins of Oz might have sung, “Ding Dong, The Wicked Subject Tests are Dead!”

But, as with the death of any reviled demon, the question remains, “what’s next”?

It’s hard to predict every ramification of this change in the college admissions landscape.  However, tapping into the collective experience and expertise of the team at Great College Advice, we have come up with a list of “Good News and Bad News” to anticipate what is next.

We’d like to hope that College Admissions Land will become a more peaceful and tranquil place, now that the subject tests are gone.

And yet experience tells us there are unseen forces at work that could raise the specter of other, lesser demons that may gain more power and rise to terrorize aspirants to top colleges and universities.

So let’s have a peek.  Maybe things will get better.  Or maybe they won’t.  Either way, perhaps we can be prepared for whatever the future slings at us.

GOOD: Less stress for applicants (and their parents)

It’s wonderful that students will have one less standardized test to take in the college admissions process.  The respite from spending time strategizing which tests to take, preparing for those exams, and losing yet another Saturday morning worshipping the false idol that is the College Board will bring a great sigh of relief to students, parents, and college counselors everywhere.

GOOD: School counselors will not have to administer SAT2 Subject Tests on behalf of the College Board ever again

School counselors everywhere will celebrate that they no longer must give up their own Saturdays to proctor these tests.  However, these celebrations will be brief, as the same school counselors will still have to administer the “regular” SAT and ACT for a long time to come.

BAD: One fewer objective measure in the admissions process

While the SAT Subject Tests had dubious value in measuring the content knowledge of college applicants, they constituted one objective measure in the admissions process.  Test takers received a score.  A number.  Something that could be compared from one student to the next.  Never mind that the comparison didn’t really tell us much.  At least it was an objective indicator of something… something that admissions officers could use to separate the “good” applicants from the “bad” ones.

No one is happier to see these tests go than I, but their disappearance just makes the whole admissions process more subjective.  Colleges call this subjectivity “a holistic review,” which sounds much more humane.  Yet, whether you call it “subjective” or “holistic,” the process has very few objective guideposts—which leaves everyone scrambling to divine what it is colleges are really looking for.  When colleges say, “we look at it all,” what does that really mean?  How does a young person prepare for a holistic or subjective (or just plain opaque) review process?

BAD: Increased importance of the SAT and ACT tests themselves

With the extinction of SAT Subject Tests, the SAT and ACT will become even more important, especially for highly selective private universities and for flagship state universities.  Because GPAs are not consistent from district to district and school to school, and because curriculum offerings can also vary widely, using measures of “academic performance” and “academic rigor” remain pretty darned subjective.  It’s hard to compare apples to oranges.  So standardized tests are a handy (if imperfect) means to compare students in wildly divergent scholastic circumstances.

This is actually why the SAT (and then later, the ACT) were developed:  to give college admissions offices a tool to compare students against a norm of some kind.  Again, the tests are deeply flawed mechanisms to do so.  But since the United States has no nation-wide secondary school exit exam (as they do in almost every other country in the world), the colleges themselves had to invent something to help them at least attempt to level the playing field.  So don’t expect the SAT or ACT to go away.  Expect them to retain their place in college admissions, especially for state universities and elite private institutions.

GOOD: Less revenue to the College Board Death Star

The College Board bills itself as a public entity, preparing young people for higher education.  Whatever the mission printed on the website, or whether it uses a “.org” URL, or however the organization is legally constituted, the fact is that the College Board (like the ACT) is a business. Its not-for-profit tax status does not change its behavior:  the College Board is a rent-seeking organization propelled by capitalistic incentives.

The College Board made a business decision to eliminate the Subject Tests.  Fewer and fewer universities have been requiring them, and even some of the Ivies abandoned them in the past few years.  The profit margin on these tests became so small that it squeezed them out of existence.  In the absence of adequate demand, the College Board simply eliminated a product line.  It happens all the time in business (anyone want to buy my old Sony Walkman Betamax…please?).

Rest assured, the College Board itself is not going out of business:  the Death Star still shines.  The SAT is as healthy as ever, and it will be undergoing some new updates soon, including the long-awaited roll-out of its online version.  The College Board wants consumers and colleges to depend on them for making the admissions process both manageable and valuable, so they will do what they can to continue innovating, growing, and expanding—just as we would expect of any healthy business.

RIP, Subject Tests.  But Long Live the College Board!

BAD: Possible increase in importance of the AP tests (the Death Star pulls out its other weapon)

As the College Board kills one product line, we anticipate that it will focus on the strength of its other tried-and-true products.  In addition to its flagship exam, the Advanced Placement program is a wildly successful revenue stream.

The AP program takes advantage of one of the other peculiar features of the US educational system:  we have no common national curriculum.  Since we cannot compare students’ performance from state to state, district to district, and school to school because of the decentralized nature of our educational system, the private sector has stepped in to supply what the government has not:  a national, college preparatory curriculum.  The AP delivers the syllabi to schools and requires parents to pick up the tab for the examinations at nearly $100 a pop.

To reiterate, since the federal government does not develop and maintain a national curriculum, the incentives of capitalism do it for us.  In 2019, the College Board administered nearly 5.1 million Advanced Placement exams—up from 1.4 million in 2000.  That rate of increase would make any CEO swell with pride.  And this meteoric growth of the AP has helped swell the College Board’s cash reserves, which were estimated at $1.15 billion in 2018.

If high schools want to make their students competitive, then more may feel compelled to adopt the curriculum and administer the exams.

However, not every school will have the resources to be able to implement the Advanced Placement program.  Rural schools, in particular, may be unable to do so—they’re having enough trouble gassing up their buses, paying competitive salaries for highly qualified teachers, fixing the leaky roof, and paying the electric bill.  And some of the fancy private day and boarding schools will not need or want to offer the AP curriculum, preferring to offer their own boutique courses, such as “Gender and Power in Tudor England” (Philips Andover) or “Biological Oceanography” (The Cate School).

BAD: More students may feel compelled to self-study for the AP exams

Self-study!  Students can prep for the exams themselves, even if their schools do not offer these courses.  They can perhaps complete a dual enrollment course at their local community college or nearby university, and then take the AP exam.  They can hire a tutor to prep them for the course, and then pay for that AP exam.  Or they can just access free or low-cost materials to help themselves prepare.

My students from China do this all the time.  Kids in International Baccalaureate programs sometimes add Advanced Placement exams to their already full plate. And even kids who attend elite boarding schools like Philips Andover (including ones I have advised) will self-study for AP exams, even though their teachers and administrators, and even yours truly, beg them not to. (Incidentally, my student who did self-study for 3 AP exams, aced all three and was admitted to Harvard…so apparently the strategy works.)

The fact is that the demand for AP exams will continue to rise.  While the Subject Tests have gone the way of New Coke, the Edsel, and Pan Am Airways, the College Board’s Advanced Placement program is more like Amazon Prime.  If you could purchase stock shares in the College Board, I’d rate them a “buy.”

GOOD: Continued competition between the College Board and ACT on their signature tests

Capitalism creates and thrives on competition.  It is healthy.  It fuels innovation.  Fortunately, competition is alive and well in the college preparatory standardized test space.  The ACT and SAT are fighting tooth and nail for market share.  And in some ways, the elimination of the Subject Tests is part of the cycle of capitalistic decay and renewal.  ACT introduced the first online version of its signature test.  The SAT is moving to roll out its own online version (after an aborted attempt about a year ago).  Each company continues to tweak its test, presumably to make it a better measure of college readiness.

Whether or not these tweaks really are innovations, we can count on both organizations to serve their various clientele:  the colleges, the states that require their use as part of what used to be called “No Child Left Behind,” the schools that use their curricula, and the parents who pay for the exams.  Students, however, have little say in the matter.  Cogs in the machine.  Bricks in the wall.

But perhaps there is one bright spot, albeit a brief one:  Kids, you have one less set of exams to worry about.  Enjoy the feeling for as long as it lasts.