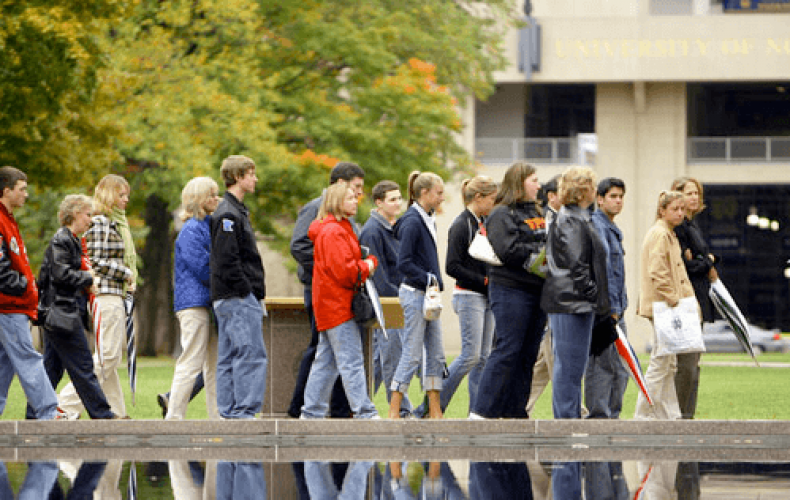 College admissions expert and educational consultant Mark Montgomery uses the examples of Dartmouth, Princeton, and Columbia to illustrate the differences colleges can have in their social scenes. And the importance of considering that in your college search.

I just had a meeting with a student who is a rising senior. And we were talking about how to answer the question, “Why do you want to go to such and such college?” It’s August, and he’s trying to complete those supplements. And explain why he wants to go to this college. He was struggling with it because he really couldn’t put his finger on anything about the social opportunities at the college that he was talking about.

He could identify his major and what was interesting about that, and he could think about sort of the academic structure of the university, but when I asked him, “So what is it that you are interested in socially in this university?” And he’s like, “I don’t know.” Even though he’s been thinking about this college for over a year, he really doesn’t understand the social climate of the school.

So let me give you an example of some of that. Even within the Ivy League, and we can look at a couple of. We can look at three of them, perhaps. Dartmouth, my alma mater, the social climate there is for better or worse, dominated by fraternities and sororities. About 72% of students, while they’re on the campus, are involved in Greek life. I recently talked to the director of admissions at Dartmouth and we had a really great conversation. Wide-ranging, we were talking about other things besides just admission.

But the thing about Dartmouth is that these are historical artifacts. They’ve been around for a long time. They have grown in strength and importance on the campus, even since I was there 30 years ago. And part of the reason that they’re so strong is because of Dartmouth’s location. There are not as many things to do. Especially in the evening, at night, when students are, of course, awake and wanting to do things.

Because it’s located in a relatively rural environment, some small towns sprinkled around, there’s not a lot of night life. So the night life migrates to the fraternities. These really do present the social focus of the campus. So when you’re thinking about Dartmouth, you have to take that into account, and whether or not that is an attraction or it’s a turn-off.

Princeton, by contrast, has the eating clubs. They don’t really have fraternities, as such. But they have these 19th-century eating clubs, which — it was funny top listen to the admissions representative talking about them in the presentation that I attended. The eating clubs are places where students go to eat.

It’s the idea that the meal is an important part of social and even academic interaction. That you’re going to share ideas and thoughts and experiences and probably silly jokes around the table. So the eating clubs, about 70% to 75% of students join an eating club at Princeton. I kept wanting to ask, “So what do the other 30% do? If they’re not part of the eating clubs, why not and how does their social life play out if they’re not part of it and who are they? Are they the international students, primarily, who don’t join the eating clubs? Who are they?” I didn’t get a good answer to that.

But the reality is that the eating clubs do dominate the social scene at Princeton. The other to keep in mind is I think there are 11 of them. And I forget how it plays out, but half of them are selective, and half of them are not. So they’re just by lottery, if you want to join one, you can, of those half that are not selective.

The others are more like fraternities or sororities where the current membership chooses the new membership. Ivy Club is one of the most notable; if you want to be part of that, you’ve got to ingratiate yourself in some way in order to be one of the chosen. So that has these vestiges of this. They’re not much different from the fraternities and sororities in the selection process. But the different thing about the eating clubs is nobody lives there. And the parties are probably less raucous and they have adults who clean up. Because they have chefs and whatnot who are actually cooking for the students.

But one of the criticisms of that is that it creates an atmosphere where certain people want to be a member of certain clubs, and so they vie with each other in order to get into the “right” social environment. Now, again, I’m not putting a value on the eating clubs but it does change the atmosphere, socially, of Princeton as opposed to Dartmouth.

And then you have a place like Columbia, which is totally different because of its proximity to the city. So Columbia is generally noted as being the least spirited. Or having the least school spirit of the Ivies because if you wanted to go do something in the evening with your friends, well you can just go into the city. You’re not dependent upon the activities that are provided by the college or university.

The whole city of New York is literally at your doorstep. So if you want to go down to a jazz club or you want to go to a play, if you want to go to the cloisters, a museum; you’ve got everything in New York, no matter what. Every kind of food you’d ever want to taste. You’ve got the Bronx Zoo, anything you want to do is in New York so you don’t really rely upon the university, necessarily, for your social life. Whereas at Dartmouth, being where it’s located, well, whatever happens there is what happens, I mean, there’s not a lot else to do unless you’re camping or going to one of the cabins or enjoying the outdoor life, which is part of the Dartmouth experience.

So what’s my point?

My point is that even among the top universities in the United States, there is quite a difference in the social structure and social priorities of the students who go there. They may not be better or worse, the fraternities at Dartmouth versus the eating clubs at Princeton, are they good? Are they bad? Is one system better than another? Well, that’s something you have to decide for yourself. But notice that you have this opportunity to decide. And to understand what the social structure of the school is, and then to decide whether or not that fits your priorities and your interests as you’re selecting a college or a university.